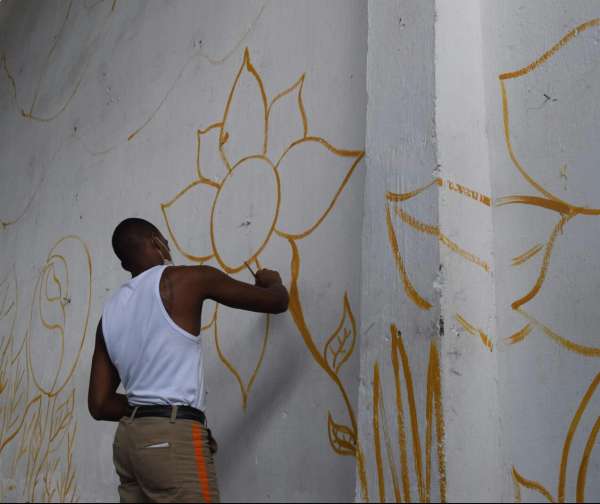 Recycling and Art: transforming realities in the Villahermosa detention center

Four members of the School of Social Facilitators of the Autónoma de Occidente University worked in a voluntary educational process with the Penitentiary Establishment of Medium Security Prison, EPMSC in Spanish – Cali, known as the Villahermosa Detention Center. This project allowed the inmates to understand the importance of the recycling process and its contribution to the environment.

In a joint effort between the detention center and university, students Manuel Vega Noriega, Gustavo Adolfo Navarro Lenis, Sofía Molano Goyes from the Autónoma de Occidente University and Juan Pablo Alvarado Herrera from the Javeriana University of Cali, the two teams decided to carry out a dissemination campaign on solid waste management, the 3R’s cycle, and separation at source, which would be accompanied by educational messages to work in workshops with inmates doing yard collection work and with those in prison collection centers.

The project was divided into several stages. The first began with educational workshops on the subject with the aim of building messages from the perspective of the prison community and the Social Facilitators. This information became radio spots that were broadcast on the prison’s radio station.

«This process allowed young university students to get to know other realities and become aware of them, while at the same time proposals were put forward to achieve changes in the spaces in which they participate. In this case, the interns’ routine is broken, a significant change is achieved and a contribution is made to knowledge processes,» commented Paola Lujan, a professional in the Human Development area of the University Welfare Department.

For the second stage, it was planned to post a mural, whose central theme was recycling, on the walls of the Meeting Room of the Villanueva prison. The content of the messages and images that accompanied the artwork were constructed in the workshops in which the volunteers worked together with the inmates.

«At the beginning of the workshops we found a blank space that inmates do not feel part of; as Social Facilitators, we want to generate a positive impact on their lives, offering them the opportunity to transform their reality through painting and art. To this end, the mural is the best strategy to show them that it is possible to live other experiences,» said Manuel Vega, student of Social Communication – Journalism and Social Facilitator.

The activities carried out by the volunteers were oriented towards productivity and change of thought of the inmates. «We want them to be the multipliers of information, to be able to teach their peers and to see these recycling and painting workshops as an opportunity for life when they are out of prison,» says Sofía Molano, an environmental engineering student.

The School of Facilitators is a training space for young university students and future professionals who are committed and aware of the needs of their peers, as well as of their role as agents of transformation of our society through projects to improve their life quality.